Mobile Phones; The Bacteria and Virus Carrying Vectors that Live in Our Pockets 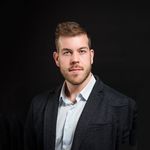